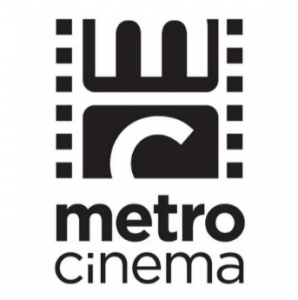 Admission: $10
Tickets available in advance or at the door through the theatre.

Films will be followed by discussions.

Like countless others Philippe, Michel, Andre and Patrick were labeled ‘idiots’, locked away and forgotten in violent asylums, until the 1960s, when the young philosopher Jean Vanier took a stand and secured their release – the first time in history that anyone had beaten the system. Together they created L’Arche, a commune at the edge of a beautiful forest near Paris. A quiet revolution was born.

Now in his 80s, and still at L’Arche, Jean has discovered something that most of us have forgotten – what it is to be human, to be foolish, and to be happy.

SUMMER IN THE FOREST invites us to abandon the rat race and forge new friendships. Amid the ancient trees, Philippe, Patrick, Jean and the others welcome us into their lives. If there are rules to break, they will be broken and if there is a truth to be told, they will tell it. Michel reveals his war torn past, Andre is desperate for a date, and young David will prove himself a hero in the fight against the forces of evil.

Me, The Other reveals the inner and outer lives of twelve people living on the frontlines of prejudice by asking the questions we don’t discuss in classrooms, workplaces, and social places.

The film is the centerpiece of a platform for creating conversations about what connects us and what keeps us apart.

With this film, we set out to tell stories of a diverse cast of characters who are on some level experiencing prejudice. While they are from various backgrounds, in that deep place inside, they are all essentially one… and we are one with them. My personal hope for this film is to expose that sacred place inside where beyond the clouded isms of race, religion, class, gender, age, sexual orientation, physical appearance— lies a place of light, warmth, hope, and pure love called the human soul.